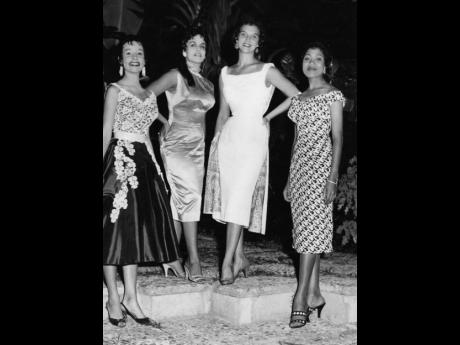 Marlene (Milnes-Fenton) O’Brien, the beauty who glided away with the Miss Jamaica title in 1955, passed away last Friday at her home in Fairfield, Connecticut, after a long illness, her daughter Sarah O’Brien, told The Gleaner. She was 83.

The beauty queen, who won the title at 17, went on to live a fulsome life, sprinkled with adventure, and which saw her working at the Jamaica Tourist Board and also with American domestic lifestyle innovator Martha Stewart.

She was gifted with a personal style that was totally unique. She had an incredible flair for life and was one of the original do-it-yourself personalities, her daughter recalled.

“She was a trailblazer in the 1970s as a single parent and female entrepreneur. She was gutsy, ambitious, and driven while being graceful, elegant, and poised. She squeezed out every drop of her remarkable life and lived by her own rules,” Sarah O’Brien, founder and editor of lifestyle blog Connecticut in Style told The Gleaner.

Such was her strength that Sarah O’Brien said her mother was referred to as “a lion”.

“My mother lived a remarkable life. She was a very complex woman because she embodied the qualities of so many different characteristics. She was worldly, glamorous, and stylish, but also courageous, fiercely independent, and resourceful. She had so much energy and passion and lived with inexhaustible joie de vivre. She wasn’t afraid of anyone or anything. People used to call her a lion,” she said.

Marlene was born in the United Kingdom to the late Jack and Ester Milnes-Fenton. Growing up as the daughter of a captain in the Royal Navy, Marlene spent her youth sailing between England and Jamaica. She completed her high school education at an all-girls boarding school in England and immediately entered the beauty pageant circuit. She was crowned Miss Jamaica and reigned from 1955-1956.

Following her reign, she became a New York City socialite and married the late Edward Michael O’Brien, Sr in England at the Cheadle Hulme Church, Great Britain. An exciting European honeymoon saw the couple touring Spain, Italy, Switzerland, and France. They resided in an apartment on the Upper East Side of Manhattan, and together, they had three children – Amanda, Edward, and Sarah. Soon after the birth of her youngest child, Marlene relocated her children to Kingston, Jamaica, where they shared their life with Whylie ‘Chunky’ Lopez Jr of Kingston for over a decade.

When the couple split, their home at 9 Russell Heights, Kingston, was sold to reggae singer, Bob Marley. Marlene moved her family back to the United States and settled in Westport, Connecticut, where her three children attended school. She worked briefly for the Jamaica Tourist Board and later became manager of the Ann Taylor clothing store on Westport’s Main Street, where she leveraged her natural talent for personal styling into a successful career.

Marlene met Martha Stewart at the beginning of her business venture and worked as an integral part of Stewart’s team for many years. She was the food stylist for Martha Stewart’s TV segments and was a significant creative contributor to many of Martha Stewart’s books, especially Martha Stewart Weddings, for which she is credited. After her children were settled in university, she received an offer that would see her return to Jamaica. Marlene became the general manager of Morgan’s Harbour Hotel in Kingston.

Upon returning to the States, she settled in Fairfield, Connecticut, and launched a small catering business. She was the private chef for Paul Newman and Joanne Woodward. Her reputation as a caterer spread through Fairfield County, Connecticut, and soon, she was catering parties for other celebrities that lived in the area. She retired in 2002 after a successful career in the entertainment and hospitality industry. She enjoyed cooking, sewing, painting, crafting, and was an avid reader. Marlene looked forward to reading the Sunday New York Times in its entirety.

She was a devoted grandmother, and in her retirement, she loved spending time with her grandchildren.

Marlene is survived by her three children, five grandchildren, and one great-grandchild. The family will hold a private memorial service in Ocho Rios, where Marlene will forever rest in peace on her beloved island of Jamaica.