The story begins on the imaginary Caribbean island of Bacaju in 2084, where a teen girl and her mother have reached a desperation point, fleeing their city and the devastating conditions brought on by climate change. Hiding from the cruel sun, they head for the hills, unsure of what to expect as they embark on a dramatic bid for survival. 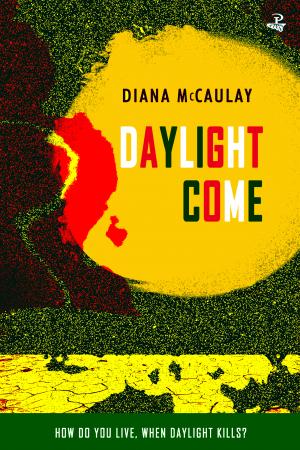 The tale may sound dystopian, but for McCaulay, it hits close to home. Despite their small carbon footprints, Caribbean islands are at the global front lines of climate change. Since mid-May, the 2020 Atlantic hurricane season has produced tropical cyclones at an unprecedented rate, and the region has consistently suffered from hurricanes in the past. It has also endured increasingly persistent and lengthy droughts, water shortages and high temperatures, as well as periods of extreme rainfall.

As critical discussions drew to a close at New York Climate Week, I interviewed McCaulay via email about the complex issues surrounding the climate crisis in the Caribbean context.

Emma Lewis (EL): What prompted you to write this novel?

Diana McCaulay (DMC): About three summers ago while travelling, I read an article about construction workers in the Middle East falling from scaffolding due to the heat, and I started to think about what would happen if it became too hot to work outside. When I returned to Jamaica, I started paying close attention to all the people working outside. What would happen if no work was possible outside for much of the year? That was the kernel of the idea for “Daylight Come.” I went on to imagine what kind of world might emerge — would people start to work at night and sleep in the day? But suppose there was one person, a teenager, who could not sleep?

EL: The novel is aimed at a young adult audience. Is it a genre that’s important to you?

DMC: I never have any audience in mind when I write [but] I seem most inclined to write about young people in the 12- to 16-year-old age group and my writing style is simple, so two of my books have been received as young adult books. That genre is important to me because I loved reading myself from a very early age, so I like the idea of reaching a young audience.

EL: The mother/daughter perspective underlines the generational aspects of the climate change discussion. Is there a disconnect between generations on the issue?

DMC: I do think there is a disconnect — even anger — because successive generations of older people have caused or tolerated the problem, while young people are the ones who are going to have to deal with it. I’m not sure I think about it as bridging a gap in understanding so much as a need for urgent action by young people. This is their fight, their future, their world. Older people need to support them with information, guidance, funding, and access to power.

EL: Communicating about climate change can be quite a challenge. How can we reach different local audiences?

DMC: The language of science is not very useful in communicating a crisis, I’ve found. Science is measured, unfolds slowly and speaks about probabilities and uncertainties, while people want precise predictions. I think the climate crisis message should nest in love for home place, in rootedness, in appreciation of a particular way of life. It should speak about rights and justice and fairness — because it is a profoundly unfair situation that developed countries have constructed high standards of living on fossil fuel energy and now countries who have not enjoyed these standards of living are being asked to NEVER have them.

In terms of reaching local audiences, l learned from my experiences with an anti-litter campaign that music, performance, humour and animation are most effective, but it’s a challenge to communicate danger in that way. The difficulty with climate crisis messaging to the public is the call to action. I don’t agree with making this about individual action, important as that is — you know, the encouragement to save energy and save water  — it’s too late for that. The climate crisis is a problem of governments and corporations and economic systems. It’s a problem of power. 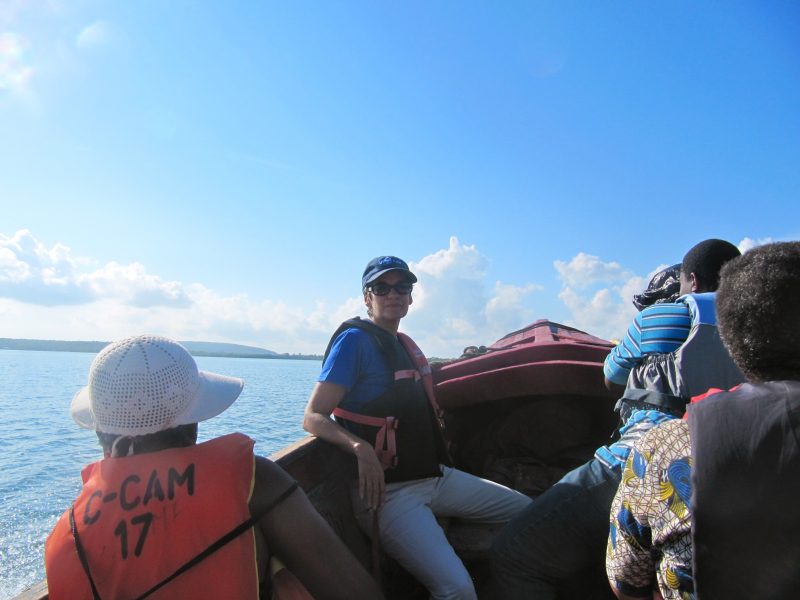 Diana McCaulay and members of her team were part of a flotilla to Jamaica’s Goat Islands on September 14, 2013. The expedition aimed to highlight the Jamaica Environment Trust’s campaign (chaired by McCaulay) to save Goat Islands, an ecologically sensitive area, from plans to build a mega-port. It was a long campaign, which ended in success three years later. Image by Emma Lewis, used with permission.

EL: What kinds of stories should we be telling about climate change?

DMC: Facts and information are important, but it’s a call to the emotions that causes people to care, to act. I’d like to see more near-future stories — much climate fiction is set very far in the future, so people can tell themselves that this is a long way off and might never happen.

EL: What specific actions would you like to see take place in the Caribbean in the next five years?

DMC: The disconnect I see in the region is between rhetoric and action. We’re certainly talking a good talk, we go to all the conferences, we send in our reports, we sign up to conventions, we celebrate small, local projects. But if you look at the development decisions currently being taken, they’re consistent with a development model that we should already have left behind.

For example, Jamaica has recently permitted a very large hotel in a pristine mangrove area right on the coast, we have a city bypass planned which will take out mangroves, and we’re intending to build an industrial zone and housing on an aquifer replenishment area. In terms of actions, I’d like to see the establishment of no-build zones due to climate vulnerability. I’d like to see us beginning to plan managed retreat from the coastline — so much of our critical infrastructure is at or near sea level.

I’d like to see a reframing of how tourism is marketed, which is entirely a fantasy; you know, those empty, over-raked beaches with all the native vegetation removed. I’d like to see us urgently removing people who are already living in hazard-prone areas, [like] on the banks of rivers or storm water courses. I’d like to see serious protection of all our fresh water resources, as well as those natural resources we know give us resilience to the effects of the climate crisis, like forests, reefs and seagrass beds. And I’d like to see an energy transition, which is somewhat underway, but still based on natural gas, which is a fossil fuel, and not proceeding fast enough.

EL: “Daylight Come” suggests that a series of future challenges face human existence. Is there hope?

DMC: In terms of hope or hopelessness, I think of it as what we should do, how we should act, what the solutions might be, what are the priorities. Tropical ecosystems WILL heal themselves if you give them a chance — and more quickly than many other types of ecosystems. We’ve already lost a lot, but we still have much that is worth protecting, and we should be determined not to lose even more.

EL: There is a growing number of young climate activists, in the Caribbean and beyond. What’s your message for them?

DMC: You have more power than you realize. Use it. Organize. Find allies. Speak out. You don’t have to know everything about the science — what you need is concern. Outrage. Determination. Courage.